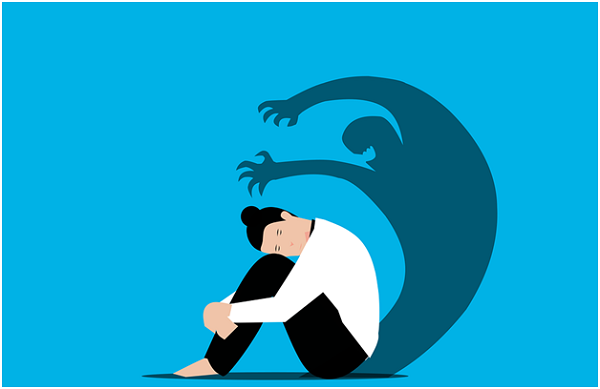 The pandemic increased general awareness regarding mental health problems in the country. However, even before COVID-19, people were suffering from psychological challenges. For instance, surveys show that one-fifth of Americans have mental health issues. These problems include various dilemmas such as stress, anxiety, and depression. But what causes a person’s mental health to suffer? One can argue that several factors might be responsible for a decline in one’s mental health. That’s why psychiatrists must consider all these factors while creating treatment plans for their patients. This article will mention a few reasons your mental health might suffer.

Does a single factor cause mental health problems? This article will discuss several factors responsible for why your mental health might be declining. But you should remember that more than one factors usually cause mental health issues in a person. Psychiatrists call them “risk factors,” and having more factors can make you more vulnerable to mental health challenges. Sometimes, your mental health issues keep lurking in the shadows until a trigger unlocks them. So, you should consider getting treated by experts to overcome your problems. We’re mentioning these risk factors here only for your knowledge. Don’t assume you’re mentally unhealthy without consulting with a psychiatrist. Now, here are those risk factors:

Remember that substance abuse can lead to mental health issues. It’s been observed that drinking alcohol excessively may cause problems such as anxiety, psychosis, depression, memory loss, and antisocial behavior. That’s why alcoholics must consider rehab to overcome this unhealthy habit and regain sobriety. Contact the Palm Beach Institute for addiction treatment tailored to your needs. Rehab will help you go through withdrawal symptoms and avoid getting into relapse.

Some diseases are hereditary and run in someone’s family. That’s why health experts carefully check a patient’s family history to determine what hereditary problems are affecting them. Some even claim that nearly one-half of mental health issues are caused by genetics. In other words, if you are related to a person with a mental illness, you become more vulnerable to that disease. It’s called a biological risk factor, and these factors cause issues such as bipolar disorder.

Facing abusive behavior can have a long-term negative impact on a patient. Abuse has many shapes, forms, and categories. For instance, bullying and other forms of violence are considered abuse too. So, children suffering from bullying in the past can suffer from mental health problems, e.g., anxiety, stress, or depression in the future. Similarly, some people try to self-medicate and become prey to substance abuse.

When we talk about trauma, our mind quickly goes to diseases such as PTSD. Some experts describe trauma as a normal reaction to abuse or any other event one may define as “traumatic.” It means a person experiencing a shocking incident can develop trauma, becoming mentally unhealthy. For instance, shellshock was a common response to WWI among soldiers. Today, trauma can develop in a person who has faced rape, assault, a school shooting, natural disasters, or any other calamity.

Certain infections can damage your brain and cause mental health problems. There are many examples, such as that of PANDAS, a brain disorder responsible for OCD among children. It seems to originate from streptococcal infections.

Sometimes, physical diseases can manifest their impact via mental health problems. For instance, it was observed that one-third of patients diagnosed with a chronic ailment developed depression too. On the other hand, manifest illnesses may cause physical symptoms as well. That’s why whenever a patient gets a life-changing diagnosis, caregivers tend to that patient’s psychological well-being too. It’s okay to suffer from sadness post-diagnosis,but it can be unhealthy when sadness becomes persistent.

Losing someone you love can cause mental health problems as well. Surely, a loved one’s death can be a life-changing experience for someone. It’s okay to be grief-stricken after losing someone beloved. However, these emotions sometimes become persistent and develop into depression. Sudden death can be more traumatic for a person and more difficult to cope with properly. Moreover, the death of a loved one can cause feelings of isolation among people, thereby being linked to many other risk factors that could cause mental health issues.

Discrimination leads to isolation, and social stigmas traumatize a person. That’s why many LGBTQIA+ teenagers suffer from mental health problems because of feeling discriminated against by society. Similarly, people of color and other minorities can suffer from mental health issues caused by discrimination. Even microaggressions can affect a person’s mental health. That’s why companies have outlawed intentional acts of microaggression in the workplace to prevent workers from feeling depressed.

Can environmental factors be responsible for mental health issues? Yes. Genetics don’t even affect a person’s mental health as much as a person’s lifestyle and surroundings. For instance, exercising, socializing, and consuming healthy meals can prevent a person from being mentally unhealthy. Your sleep pattern can determine your mental health as well. On the other hand, eating junk food causes a person to suffer physically and mentally. You can also consider these risk factors:

Ultimately, we shouldn’t forget about birth injuries and how they’re linked to mental diseases. Some 7 out of 1,000 newborns in the USA annually become victims of birth-related injuries. These wounds are caused by a negligent healthcare practitioner who damages the baby’s neck, brain, or muscles in the delivery process. So, certain diseases, such as Erb’s and cerebral palsy, originate from these birth injuries. If you’re stuck with a disease like this from childhood, it can cause you to develop mental health issues early on in life.