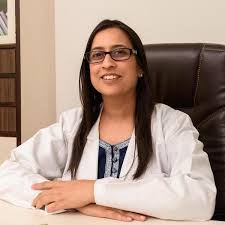 Dizziness can be described as a sensation of falling, feeling disoriented, out of sorts, & overall unsteady.

It can make a person fall down or injure themselves in worst case scenarios. In other cases, dizziness can be uncomfortable to experience, especially when you’re at office or out socializing with friends. For all the discomfort, dizziness usually isn’t a life threatening condition. In fact, it’s not even a condition on its own. Dizziness is almost always a symptom of some other underlying condition or illness.

The reasons for dizziness can range from a harmless ear infection or a cold, flu, etc. to more serious ones like head injuries, cardiovascular issues, & more. Strokes and other brain disorders can also bring on dizziness in some people.

Dizziness is often not a standalone feeling but is accompanied by several other symptoms. These include wooziness, nausea, motion sickness, a spinning sensation, & general disorientation. Dizziness is quite common among children as well as adults and is one of the primary reasons people visit doctors. The exact cause of dizziness is important for your doctor to treat the problem effectively. As dizziness treatment usually consists of the treatment of the underlying issue.

However, in cases where the exact cause is unknown or can’t be found, dizziness treatment includes several preemptive methods. These may include dizziness exercises, dizziness medicines, & some vertigo medicines like the Stemetil tablet.

Dizziness may appear differently in each individual, depending on their medical history, lifestyle, & associated conditions. However, there are some dizziness symptoms that show up commonly across all kinds of patients.

These dizziness symptoms include:

In some cases, patients might notice that their dizziness becomes especially severe when they’re walking, suddenly stand up, or lie down. This is particularly true for people who are diagnosed with Benign Paroxysmal Positional Vertigo(BPPV).  These episodes of dizziness might be short-lived or may last for up to several hours. However, any episode of dizziness that lasts beyond 72 hours is a cause for concern.

Dizziness causes usually involve going wrong with the balance mechanism of the body.

Various organs help in maintaining the body’s balance. These include:

When even one of these mechanisms doesn’t work properly, it results in dizziness, wooziness, and a feeling of fainting.

More often than not, inner ear issues are the cause of dizziness. The inner ear is responsible for maintaining the balance of the body. It works in conjunction with the head muscles and the neck muscles to maintain adequate balance & position of the body. In cases where the inner ear gets infected, inflamed, swollen, or has a tumor, the person experience dizziness as a result.

Many conditions can cause dizziness in a person. These include:

Other causes of dizziness include:

Dizziness treatment usually depends on the exact cause behind it. For BPPV, the treatment consists of dizziness exercises like the Epley Maneuver, the Brandt-Daroff exercises, & the Semont Maneuver. These exercises help reposition the dislodged crystals from inside the semicircular canals & place them back into the middle ear.

Dizziness treatment can also include certain vertigo medicines like the Stemetil Tablet, the Stugeron forte tablet, the meclizine tablet, & certain antihistamines. If your anxiety attacks are causing dizziness, your doctor might also prescribe you anti-anxiety medications to calm your nerves down.  On this note, they can also prescribe you some antidepressants to keep the chemical balance in your brain in check.

In some cases, dizziness can also go away on its own without any need for medical intervention.

However, for dizziness that lasts longer than 72 hours, is especially severe & causes fainting spells, & occurs with other worrisome symptoms, visit your doctor immediately.