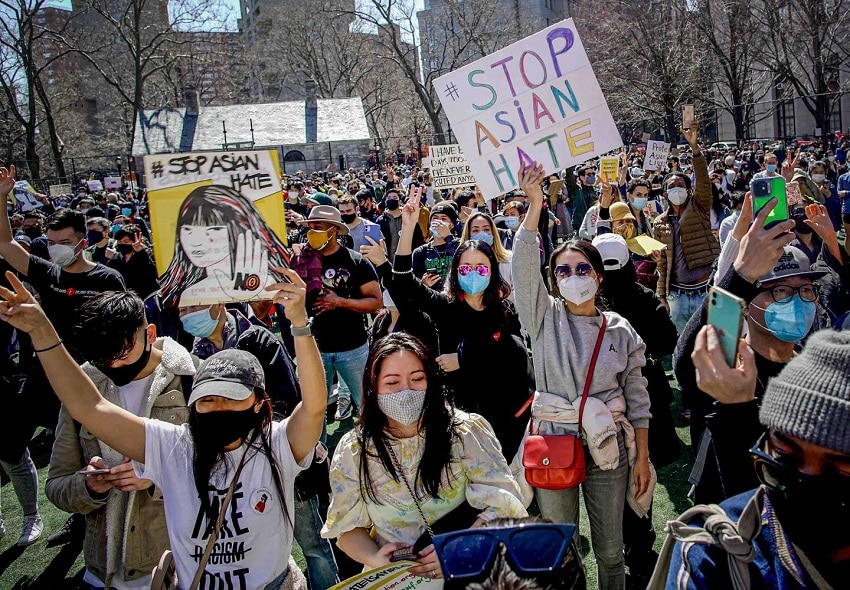 NEW YORK – An elderly Asian American woman was attacked by a man Monday afternoon who repeatedly kicked her in front of witnesses who seemingly stood by, according to surveillance footage released by the New York City Police Department.

The 65-year-outdated lady was walking coupled 43rd streets when a guy came up to her and kicked her inside the stomach, knocking her to the floor, the NYPD mentioned.

The man then stomps about the woman’s face a few times when hurling anti-Oriental statements at her, authorities said. He in the future casually hikes out, the video footage reveals.

A man inside a developing reception relatively stops what he’s doing to observe the assault and later two more men wearing blazers go to the structure and one of them closes the doorway because the female is situated on a lawn.

The girl was hospitalized with critical accidents.

The NYPD’s Dislike Criminal activity Process Power is investigating the incident and it has asked anyone with info get in touch with the office.

According to a report from Stop AAPI Hate over 3,795 incidents were reported to the organization from March 19, 2020 to February 28, 2021. The group stated that amount is “only a tiny part of the amount of detest mishaps that really happen.”