Right after routing the Ottawa Senators, the underachieving Calgary Flames fired their coach Thursday night and brought back a familiar name. 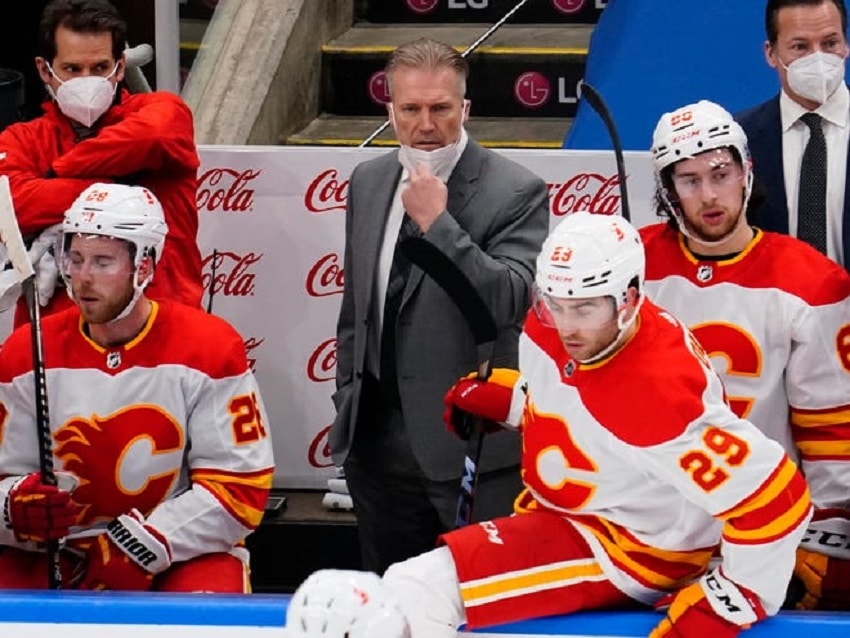 Geoff Ward is out of a job, and Darryl Sutter was named coach. According to The Athletic, he is signed for two seasons beyond this one.

Sutter, 62, won Stanley Cups with the Los Angeles Kings in 2012 and 2014. He also coached the Flames for three seasons, taking them to Game 7 of the 2004 Stanley Cup Final, which they lost to the Tampa Bay Lightning.

Sutter is known as a hard-nosed coach, which could help the disappointing Flames as they try to rally and make the playoffs.

Despite adding goalie Jacob Markstrom (who backed up Thursday night after missing five games with an upper-body injury) and defenseman Chris Tanev, they are 11-11-2 after Thursday’s 7-3 victory.

They are two points behind the Montreal Canadiens, who earlier fired coach Claude Julien and replaced him with Dominique Ducharme.