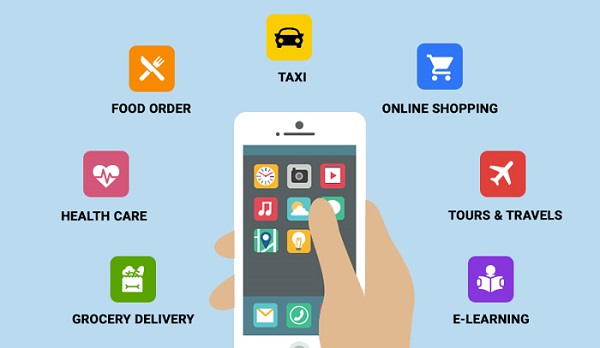 By reducing the amount of time spent on manual coding, these technologies aid in the rapid development of software. You don’t have to enter the code line-by-line using these platforms. You can draw a flowchart, and the code will automatically generate. After learning more about the fundamentals, you may find it quite fascinating.

Although they are distinct concepts, you can interchangeably use low-code and no-code development. Drag-and-drop functionality is common to both of these systems. With a visual interface rather than writing complex code, you can save time.

On the other hand, no-code development allows anyone with no coding skills to build an app using the drag-and-drag interface. Even non-programmers can design their programs since everything is in a graphical user interface.

It isn’t easy to achieve no-code programming in practice, however. It is because the application will necessitate the services of a programmer. There are parts of the software that you can complete without codes, but others require them.

Build an app for free with low-code development software. There are a few things to consider to get the most out of a low-code platform. The best low-code networks should have these features. Do not waste your time with them if they do not.

Everything is easy to understand because of the graphical interface rather than code and coding language pages. Developers will find it easier to design and build an app.

You don’t need to write anything because low-code platforms feature a drag-and-drop interface. It saves you a lot of time.

Your programs may operate on any gadget using low-code platforms, including smartphones and tablets.

Different methodologies, such as business rules and visual models, implement declarative tools on low-code platforms. There’s no longer a need for you to build an app with your custom code. It is a win-win situation because it will be simpler to make changes and additions in the future and reduce development time.

In the workplace, low-code platforms are safe and adaptable, which is why they’re so popular. There is no need to be concerned regarding security if you use the right platform. Build an app using Builder.ai.

Application development takes far too long when done the old-fashioned way. Low-code development tools speed up preparing systems to satisfy virtually any set of specifications. Builder.ai makes it easy for you to build an app.

Low-code platforms’ adaptability is a significant advantage. You can deliver a full-stack solution in weeks or even days by enterprises. Low-code solutions are well-suited to cloud hosting, which speeds up agile software development.

The number of low-code applications is only growing. While many low-code technologies offer these functions, they don’t provide them with all. Discovering low-code systems that do everything and do things well is challenging. But that’s also precisely we’re ready to assist.

Low-code software will make it easier for developers to design and construct apps. Low-code platforms should include the following elements: out-of-the-box interoperability with mobile devices, a drag-and-drop interface, pre-built parts, and off-the-shelf functionality.

App development has been on the rise since the beginning of time. Today, we have apps everywhere, from mobile phones to smartwatches. So what does that mean? We live in an era of apps where Builder.ai helps anybody with app development. Builder.ai is one of the best app development platforms that can help people develop their apps.